Parking: The start of the route begins at the end of the Palisades drive, just off Skyline/Montroyal. There is free parking along this small culdasac. The google maps pin is here: https://goo.gl/maps/bnZ4ZMP8bhrmXEzv6.

Start: From the end of Palisade drive you will see this (Image 1). Walk down to three large rocks at the Mosquito creek trail (see Image 2). This is the starting location.

The route: This is potentially the trickiest route to navigate in the series. I highly recommend you watch the video demonstration below to fully understand the route. If you head out there and can't figure it out, the video will show you where you went wrong.

To begin, the route takes you along the upper mosquito creek trail. Its easy enough to follow, and there is a couple of steep rooty sections but are easy enough to get up. The trail eventually connects to the Baden Powell trail with the bridge over mosquito creek. You do not go across the bridge, instead you go straight (see Image 3) and then hang a U-turn left toward skyline drive. Keep following the Baden powell to where it opens up to upper Skyline drive. Head up toward the upper part where you have three trail openings: Baden Powell, Skyline and LGMH (see Image 4). Take LGMH on the right. 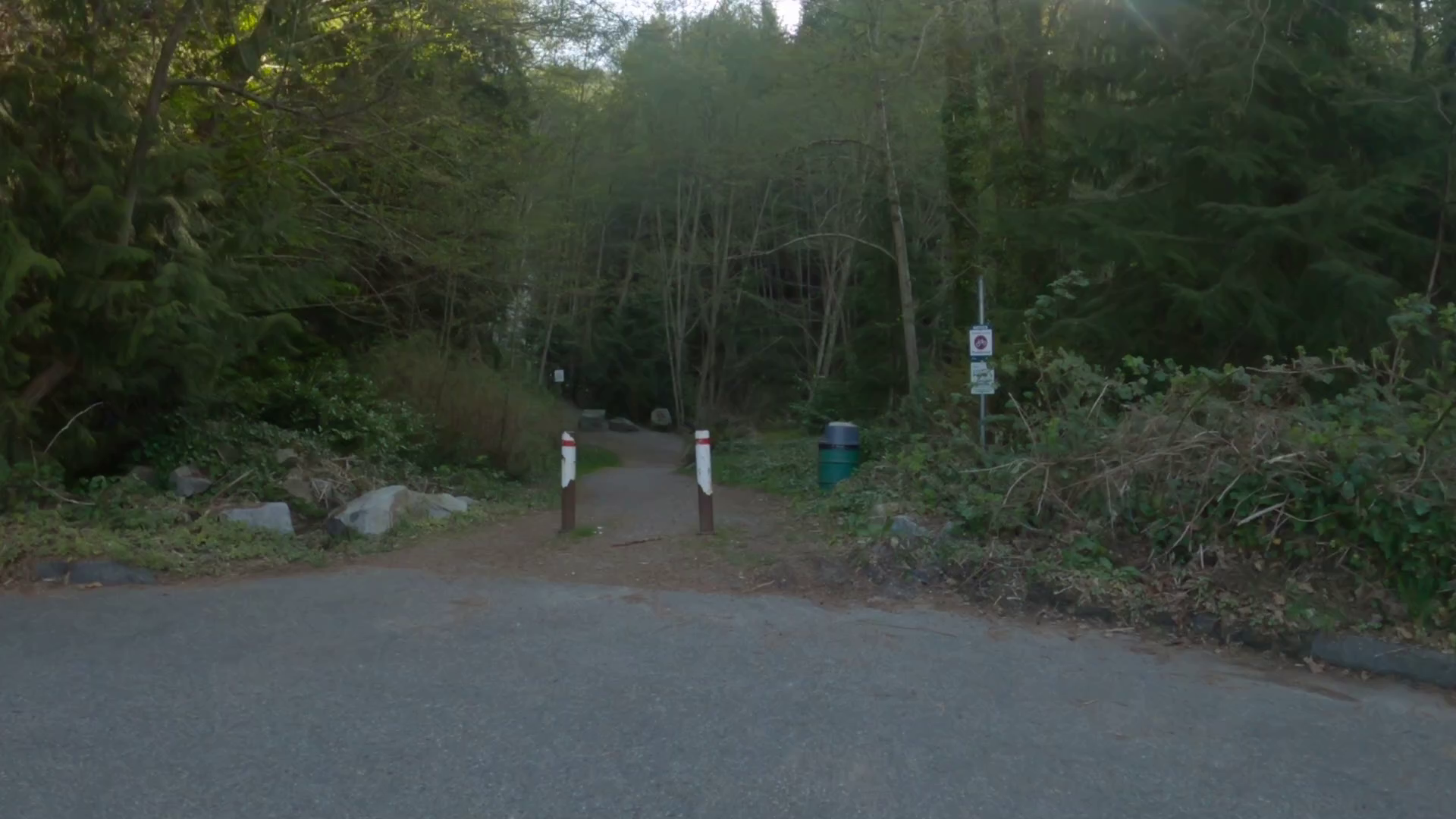 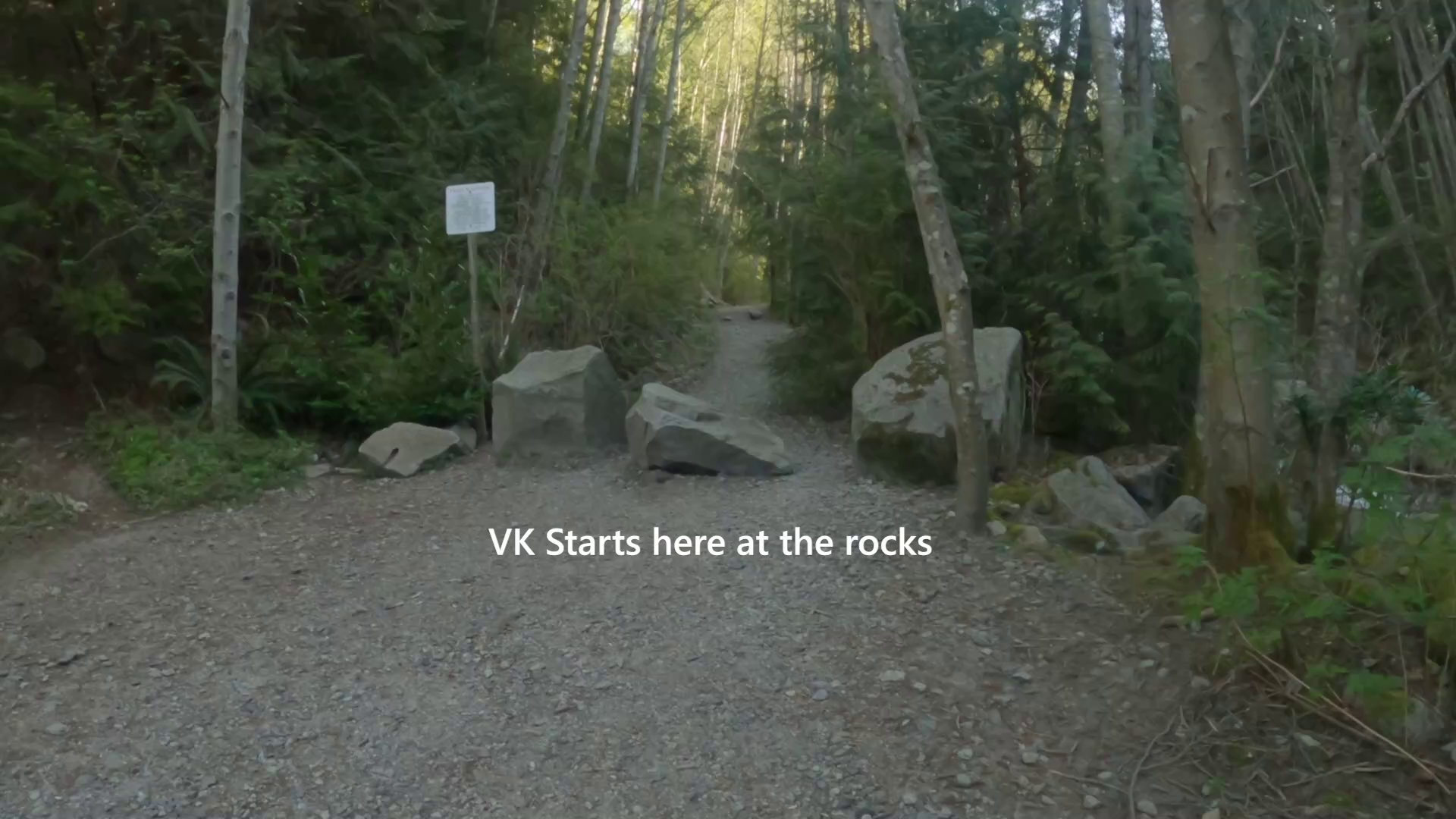 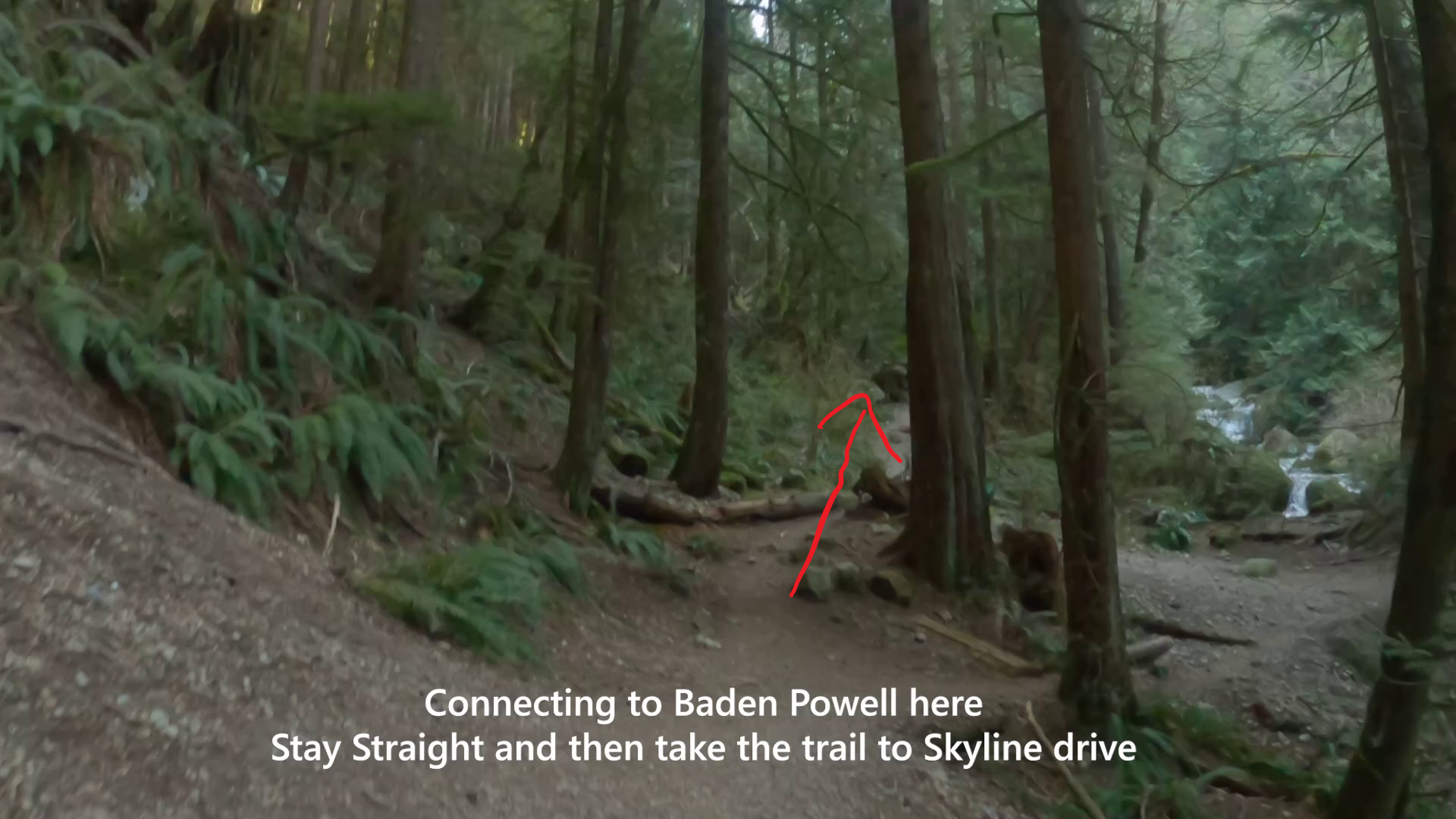 Begin the ascent up LGMH, you will see a few orange reflectors saying LGMH. Pay attention to the video or photos below as there are some tricky turns on LGMH that if you miss will see you heading off into territory where you could get quite lost (there have been a number of SAR rescues on the east side of grouse). Image 5 shows a Y fork, then soon after Image 6 shows another section. Watch the video to understand where to go. 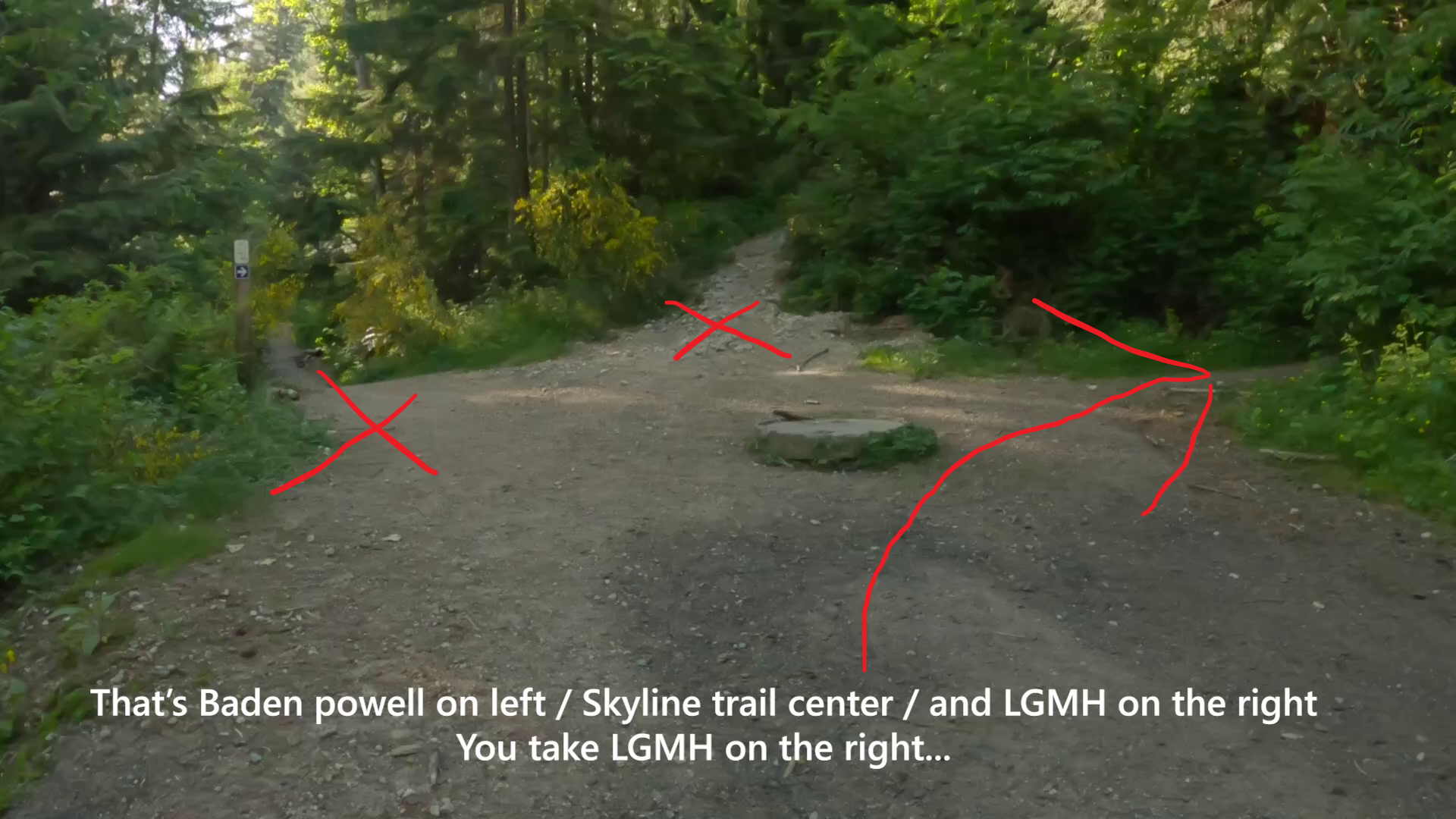 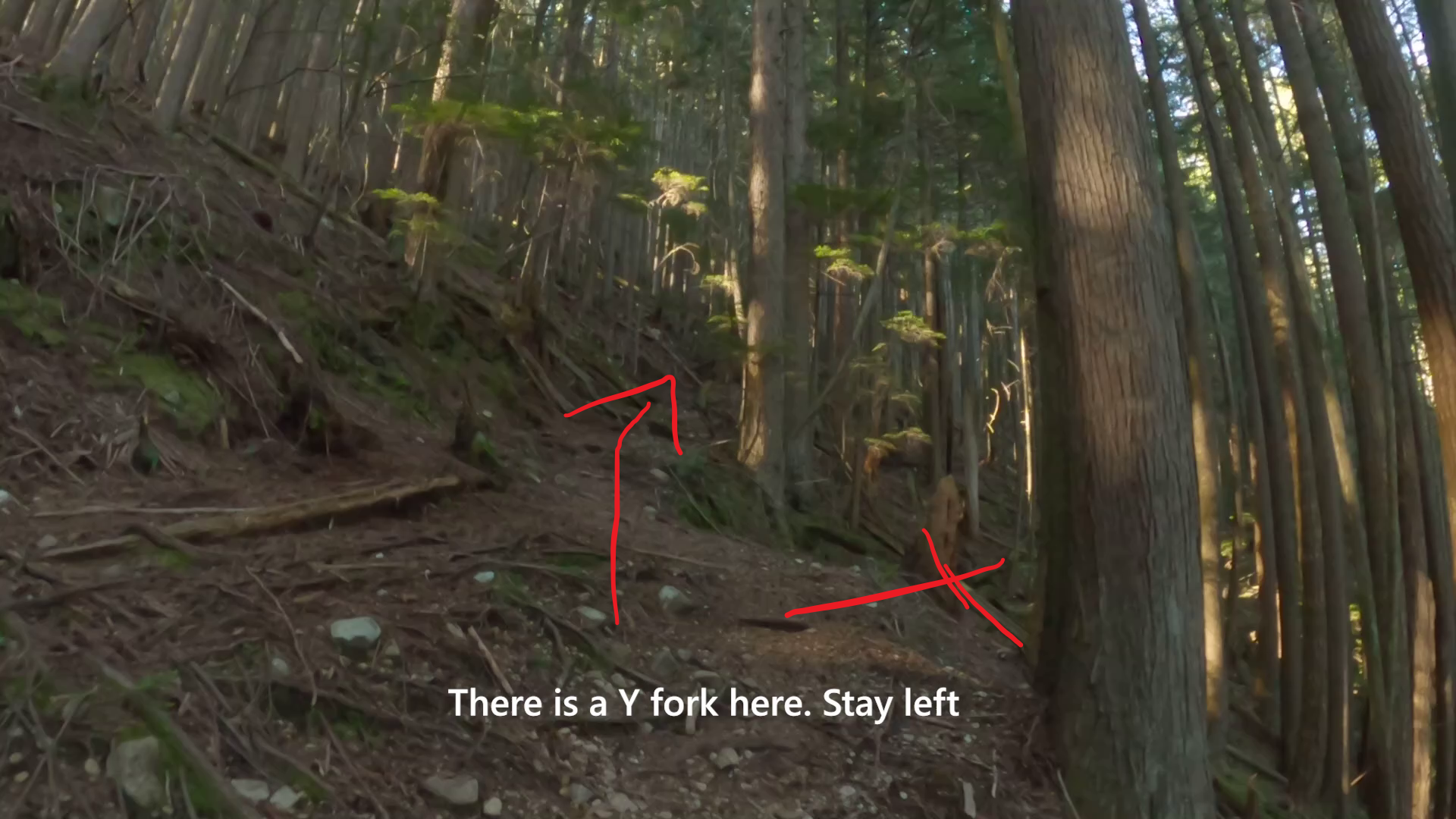 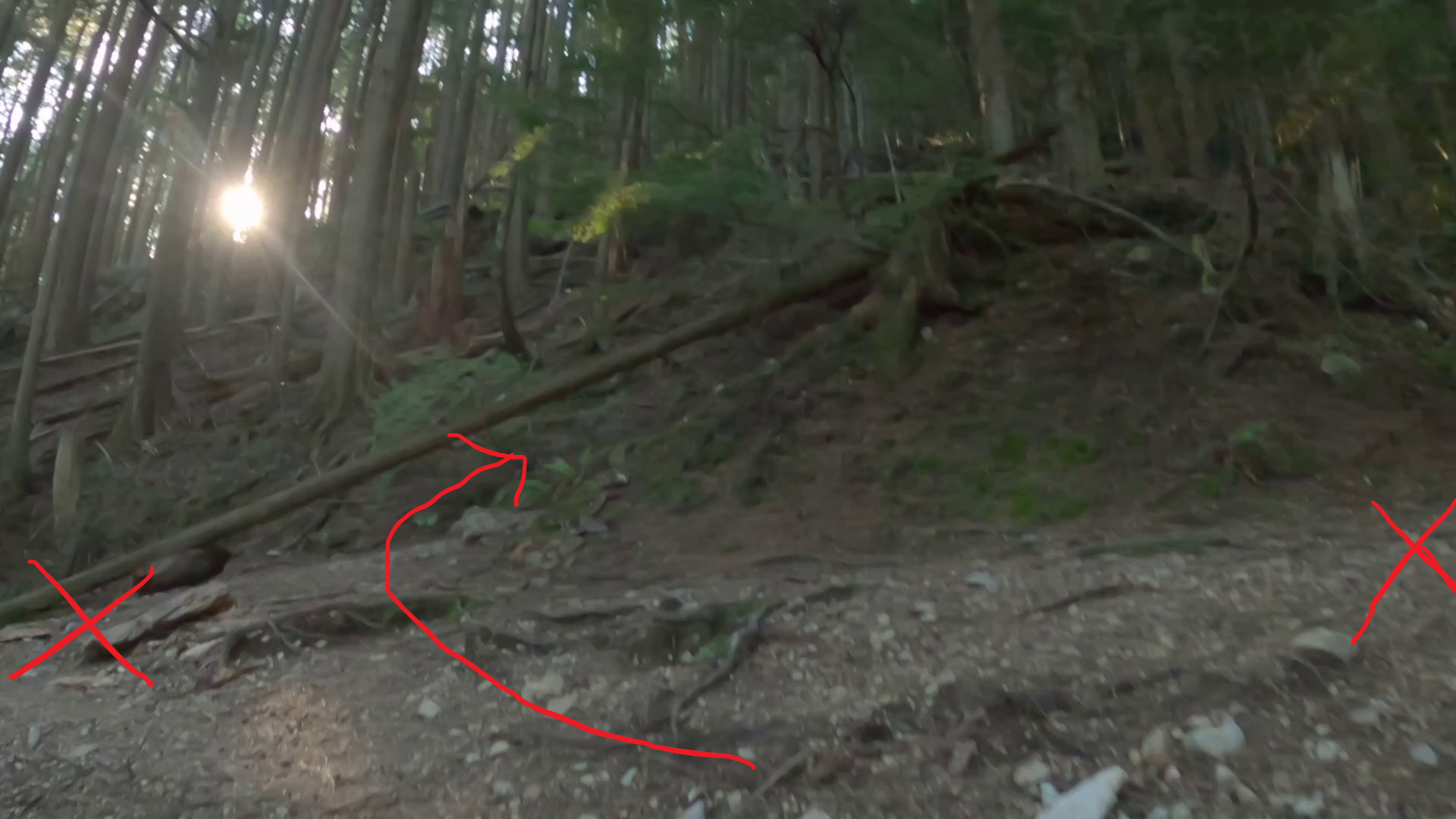 Take LGMH all the way to where you will eventually see the Skyline Connector orange reflector diamond on a tree (Image 7). The initial part of the skyline connector is hard to navigate but you'll quickly see some orange reflectors on the trees that guide your way. The skyline connector forks into two trails. One goes lateral and down (left trail) and the other with continue to climb a bit (right trial). Take the one that continues to climb (right trail) - MOST PEOPLE GO WRONG HERE SO PAY ATTENTION - follow the reflectors. In a minute or two you pop out to the Jetboy intersection denoted by a pile of rocks. (Image 8). Now you will turn left and descend 200 meters in elevation gain down Jetboy trail. There are a few turns here to pay attention to. Quickly you'll come to a fallen tree across the trail (Image 9). Go over it and head to the right. You'll now connect onto a fast flowly section of downhill trail. Its easy enough to follow. 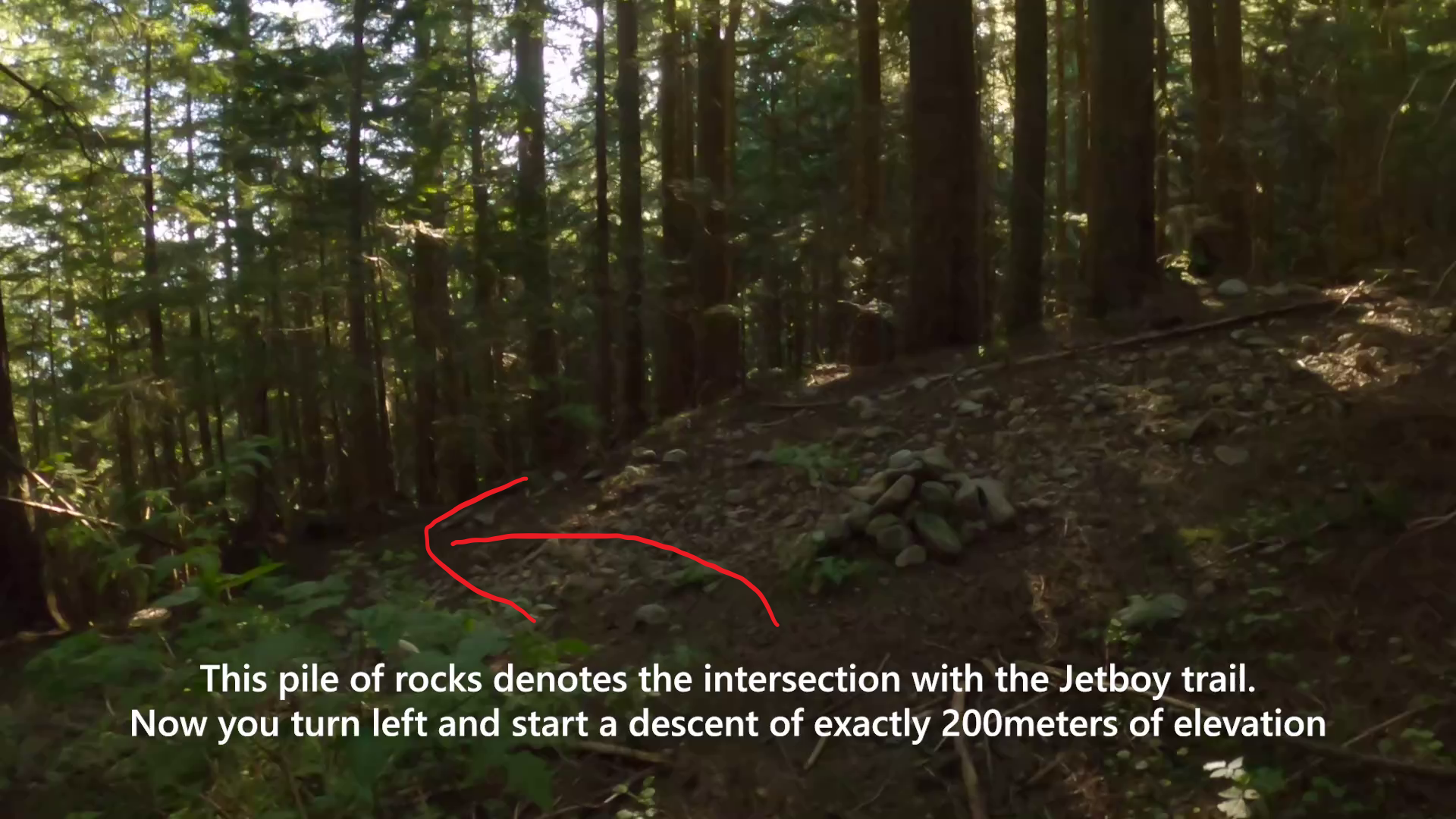 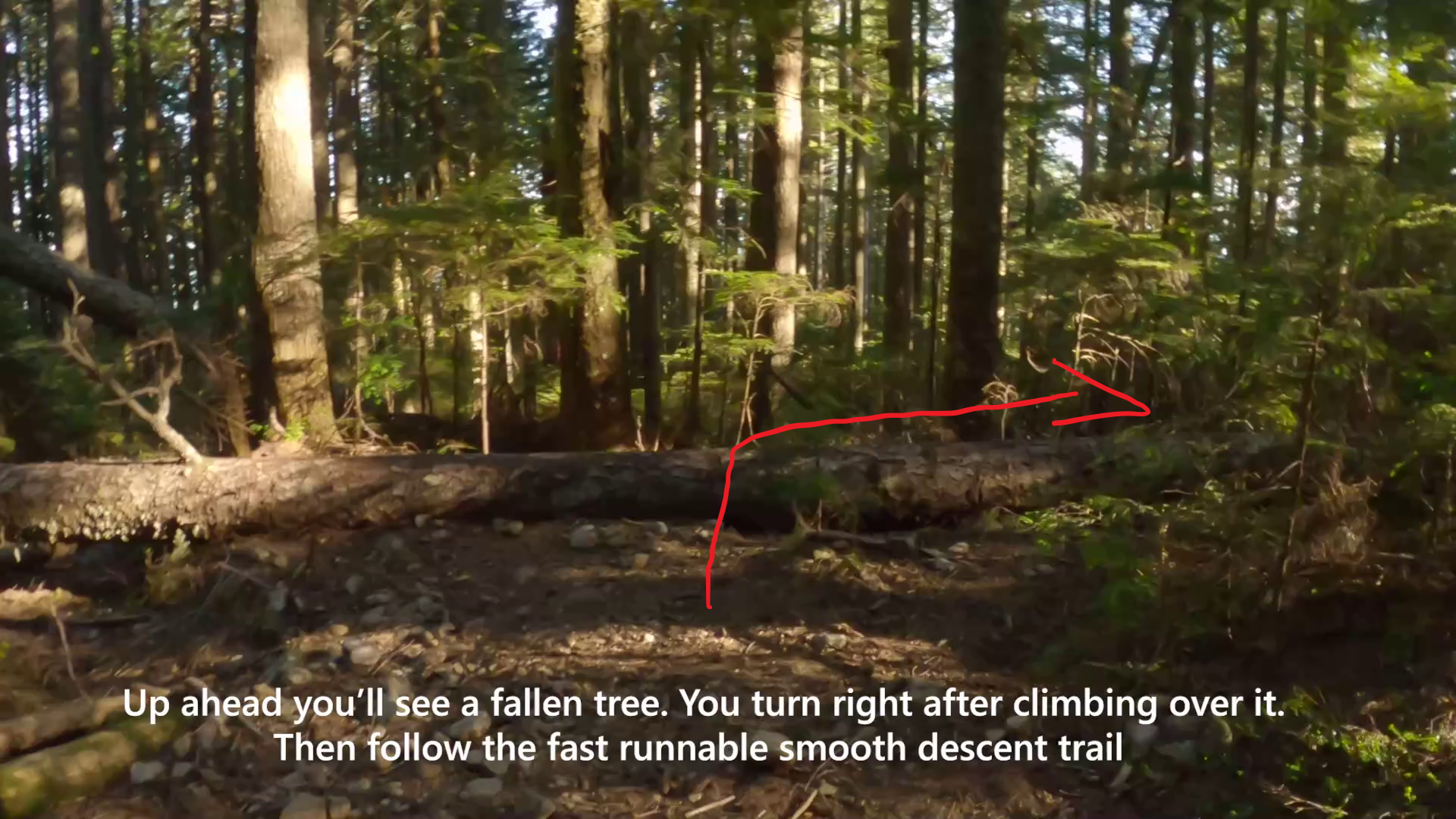 Eventually the single track opens to a wideish road that starts heading east back toward LGMH. There is a small log lying across it. You do not keep going down this trail, instead you take a sharp right to remain on Jetboy. (Image 10). If this is unclear to you watch the video below. The turnaround point is tricky and its about 1-2 minutes after the sharp turn in image 10. The turnaround point is the first clear trail across to skyline you will see and its marked by trees with Green flourescent paint on them. (Image 11). Don't go any further down here. Take the short 10-15 meter trail to the right to put you onto skyline. You'll also see another tree with a green paint dot on it (Image 12). Now head up skyline to the chairlift. 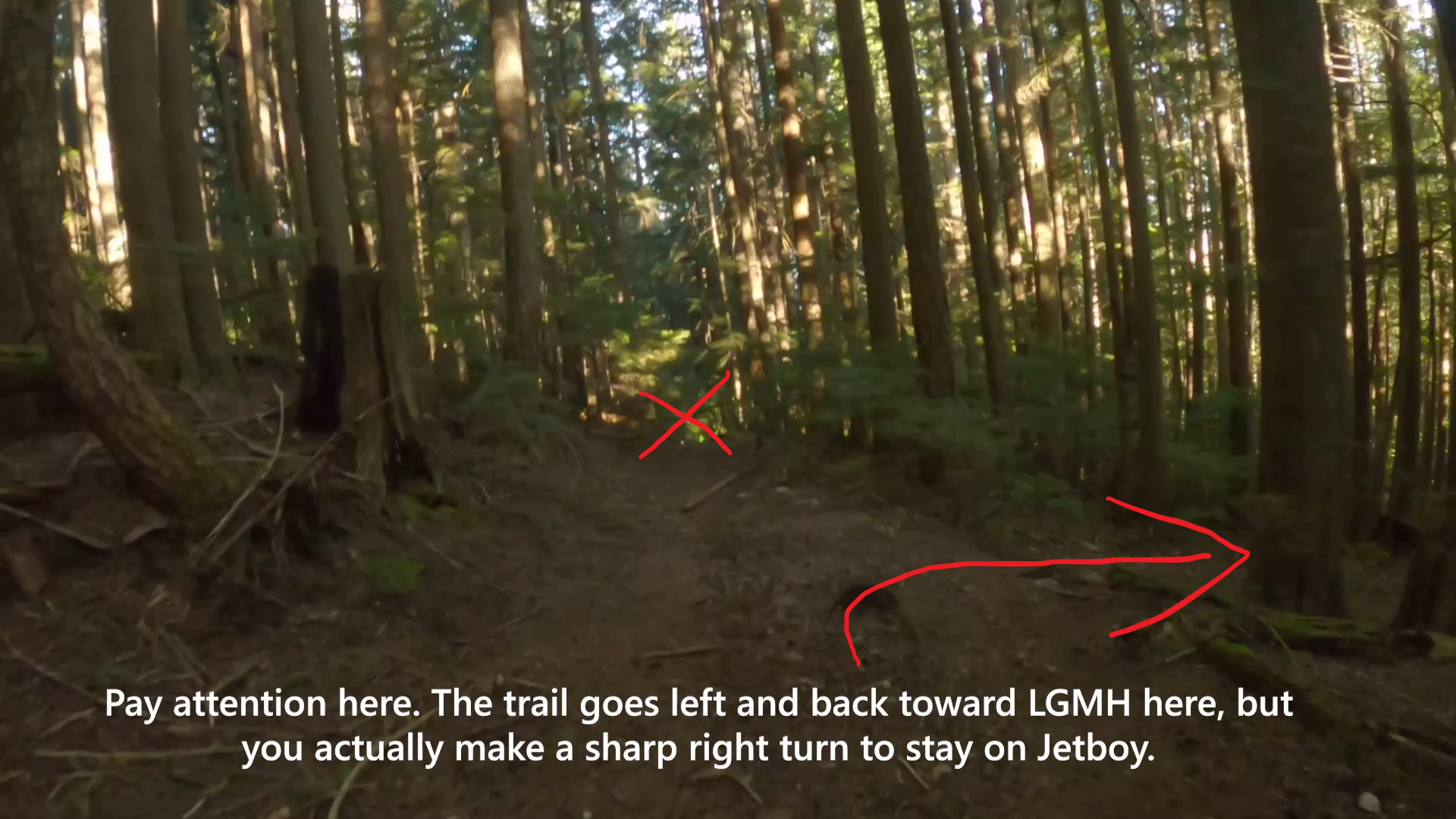 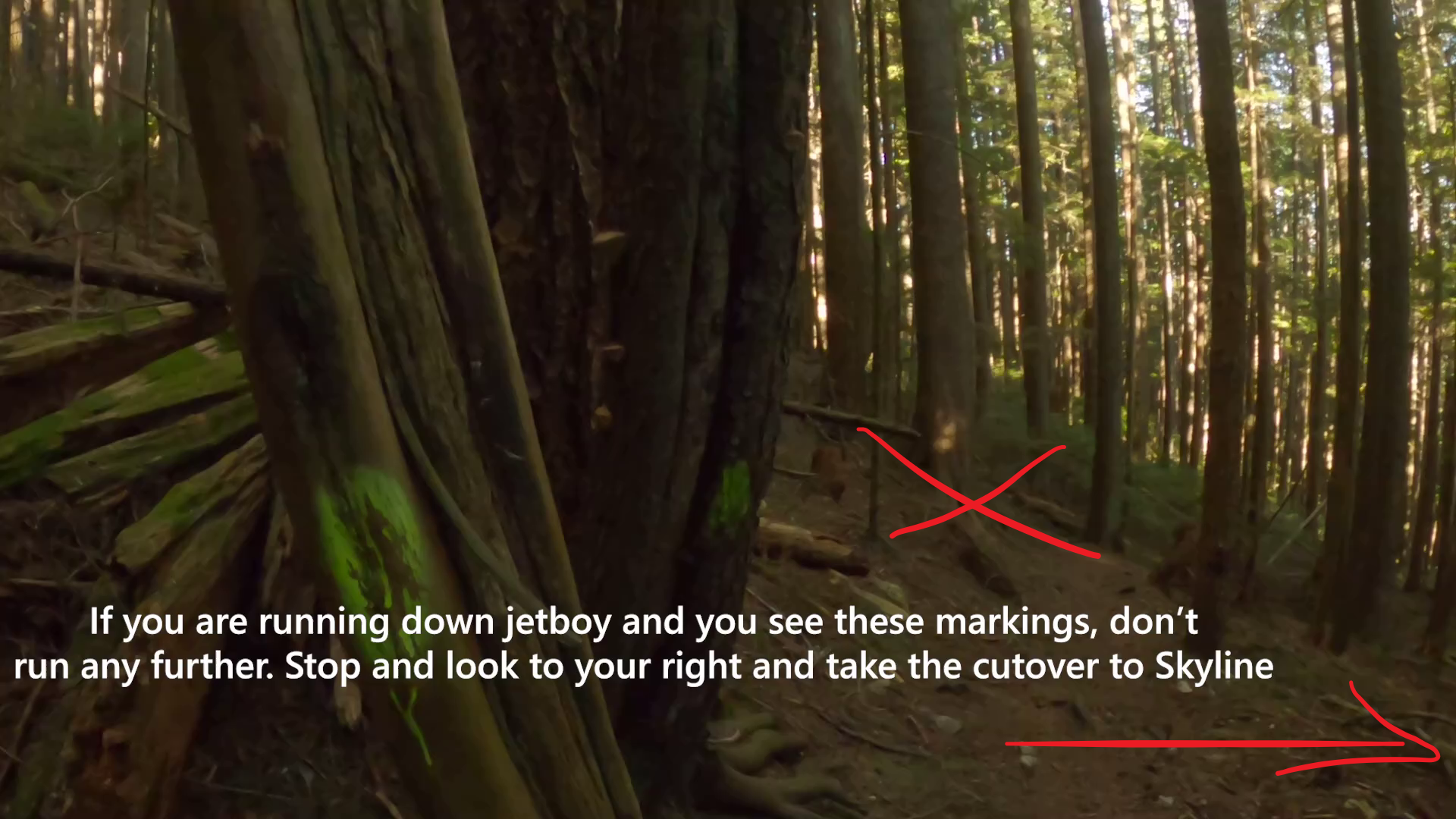 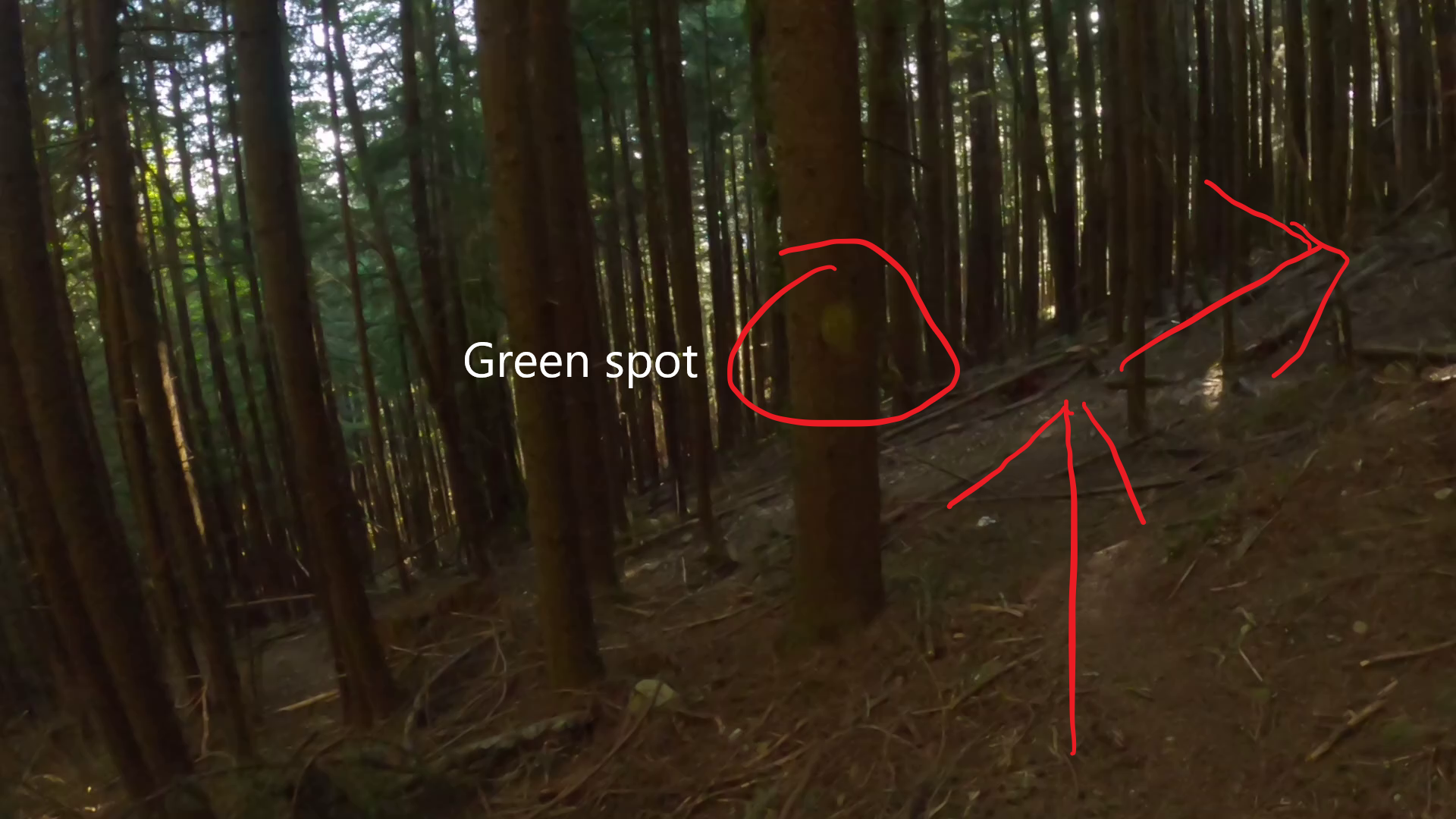 When you get to the chairlift you'll see an opening into the forest (see Image 13). This is the entry to the Simic trail. You'll take this trail to the BCMC. Its a little difficult to follow in parts, but look closely on the forest floor and you'll be able to make out a commuted trail. if you lose it, just look around and you'll find it -- the trail runs parallel to the ski run on the right, so if you start heading down the mountain to the left too much, you've probably gone off course. There are some orange reflectors along the way. Eventually simic connects to the BCMC which you can then take to the finish. 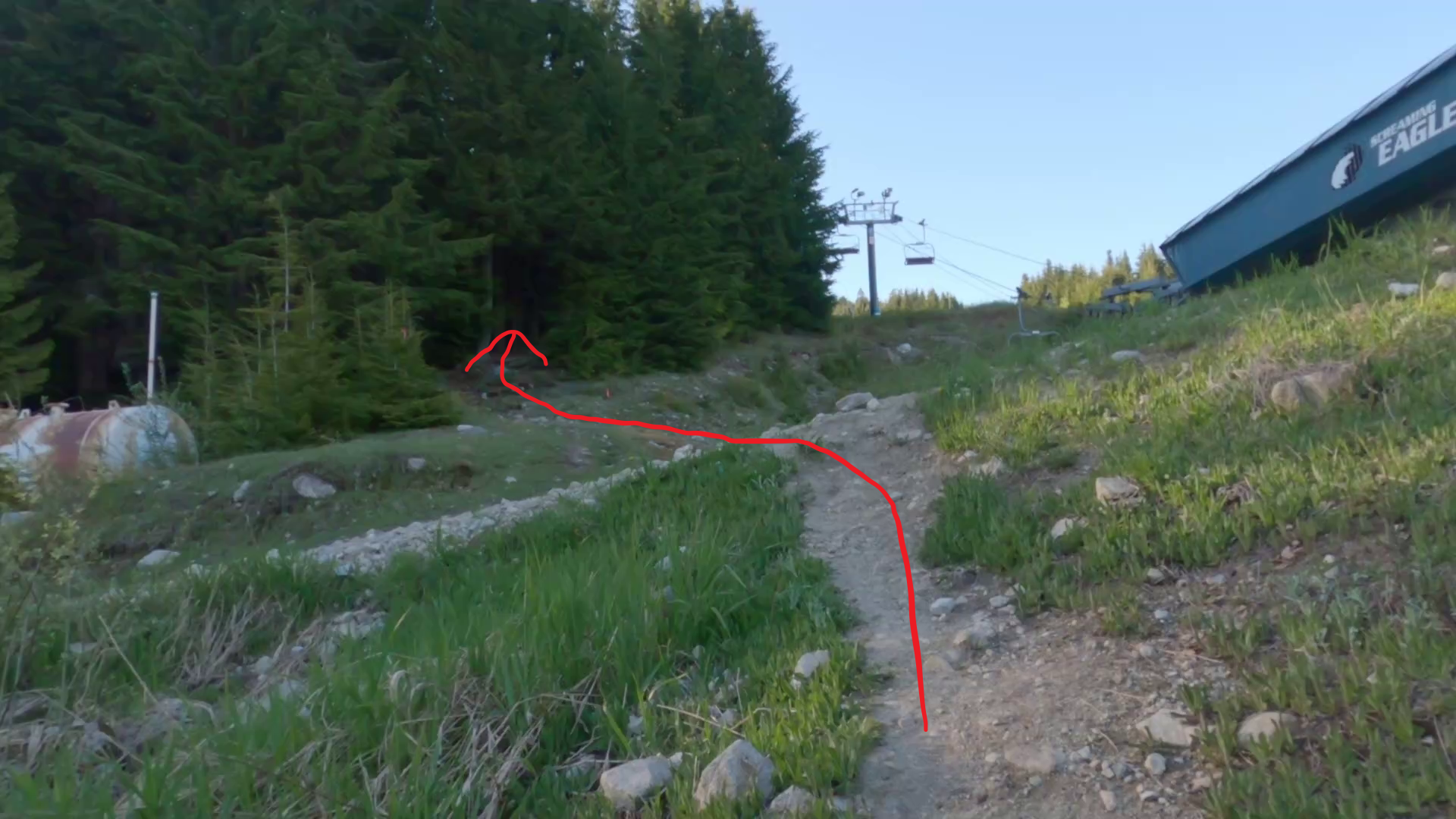 Finish: The finish of the course is the end of the BCMC trail at the Grouse Mountain resort. Congratulations you did it!

Sidewinder starts down on the mosquito creek trail and takes the runners up the LGMH trail before a partial descent down Jetboy, before reconnecting with Skyline and then Simic through to the finish at Grouse Mountain chalet. The VK is interesting for the middle descent of almost 200m, which will reward strong athletes with fast downhill skills. Participants might find navigating this course a bit of a challenge, so its probably worth a recon run before attempting a fast effort.

The Vancouver VK Series is Proudly Sponsored by Bremner's Foods a local Vancouver based company.

Check out their premium products on Bremners Online at: